Call: 1-888-982-8428Contact
Asbestos Exposure
More than 90,000 people were exposed to the toxins released into the air on 9/11, which continued to pose a danger for months afterward. If you or your loved one was exposed to asbestos, you may be eligible for VCF compensation.
Request a Free ConsultationCall Us: 1-888-982-8428

September 11, 2001, is a day that no American can forget where or what they were doing at the time. The tragedy of that day was tremendous and still impacts the lives of those suffering from 9/11 asbestos exposure.

Asbestos exposure has been linked to devastating health impacts and can be cause for a claim to cover both health and economic costs. A free consultation with an experienced 9/11 Victim Compensation Fund lawyer can start you on the road to VCF compensation if you have been diagnosed with an asbestos-related disease or cancer.

Read on for some facts on the effects of asbestos exposure, how the 9/11 attacks exposed people to asbestos in the Twin Towers, and what can be done to seek compensation through the VCF.

If you've been diagnosed with a 9/11-related illness or cancer due to asbestos exposure, on or after the terrorist attacks of 9/11, we can help.

Call 1-888-982-8428 or complete the online evaluation form today to discuss your 9/11 asbestos exposure claim with an experienced VCF lawyer at Gregory Cannata & Associates.

The Twin Towers began construction on August 5, 1966, when asbestos was considered to be a safe and effective fire retardant and insulator at the time. It was only about the same time as the commencement of construction of the Twin Towers that asbestos was linked to adverse public health impacts, including lung disease and mesothelioma. It remained legal and in use in construction. Even in 2001, not all Americans realized that cancer could be linked to asbestos exposure.

The Twin Towers’ asbestos was the last thing on anyone's mind during 9/11.

When stable and undisturbed, asbestos is harmless, but when the towers crumbled, it broke apart the millions of sharp fibers, and sent them into the open New York air.

Estimates are that there were 300 - 400 tons of asbestos in the North Tower alone. It stands to reason that the total asbestos in the twin towers was around double that estimate.

So much asbestos was in the dust cloud on 9/11 that the EPA estimated around 25% of bulk dust samples had a troublesome amount of asbestos.

How much asbestos exposure is dangerous? The EPA’s standards consider anything more than 1% to be troublesome, yet seven samples had between 2.1% and 3.3%.

Who was at risk of asbestos exposure on 9/11?

Based on the EEPA's estimates, anyone in the impact zone could have had some asbestos exposure. First responders and clean-up crews are at the highest risk of asbestos exposure, although others in the exposure zone, like residents and office workers, could have also been exposed.

Tragically, too many brave men and women have suffered the adverse effects of asbestos exposure post 9/11. Notable examples of harm to first responders include:

The fracturing of asbestos fibers creates tiny fibers that are often released into the air. When breathed in, these fibers get trapped in the lungs, where they can remain for a long time. As the fibers continue to accumulate, they can cause scarring and inflammation. In turn, this can lead to serious health problems and affect breathing.

The US Department of Health and Human Services (HHS) has classified asbestos as a human carcinogen (a substance that causes cancer). The US Environmental Protection Agency (EPA) and the International Agency for Research on Cancer (IARC) have made the same classification. There is sufficient evidence that asbestos causes mesothelioma, which is a somewhat rare cancer of thin membranes lining the chest and abdomen, according to the IARC.

Respiratory diseases are also linked to asbestos exposure, increasing the risk of asbestosis. This inflammatory condition affects the lungs and can cause coughing, shortness of breath, and permanent lung damage. The risk of other disorders, nonmalignant and pleural (the thin membranes that line the lungs and chest) disorders, may also be increased. Pleural disorders include pleural plaques, pleural thickening, and benign pleural effusions. Evidence does suggest that pleural disease from asbestos exposure may increase the risk for lung cancer.

In 2018, the Centers for Disease Control and Prevention (CDC) reported that almost 9,000 first responders had developed cancer of some form since 9/11.

Deaths from toxic exposure are in the hundreds, and sadly, more are expected over the coming decades due to the long mesothelioma latency period.

What is the latency period from first exposure to asbestos to contracting mesothelioma? Recent data from The Mesothelioma Center indicates Mesothelioma can take up to 50 years to develop after initial asbestos exposure.

This health crisis has prompted the creation of several federal and state programs to help those that get sick from 9/11 related illnesses. Some programs helping 9/11 first responders include the World Trade Center Health Program (WTCHP) and the September 11th Victims Compensation Fund.The World Trade Center Health Program (WTCHP)

The World Trade Center Health Program offers counseling and medical treatment for certain 9/11-caused illnesses. Medical experts have stated that cancer afflicts 8,000 of the 72,000 people enrolled in the program.

The WTC Health Program is a federal program administered by the CDC that covers anyone with certain 9/11 related health conditions that were responders to any of the three attack sites.

Additionally, the program covers survivors that lived, worked, went to school, or were at an adult care center or child care center in the NYC Disaster Area in the days after 9/11. Anyone in the 911 toxic dust cloud is also covered.

The September 11 Victim Compensation Fund (VCF) was established under the same act as the WTC Health Program but administered by the Department of Justice, this federal program provides compensation to individuals or the representatives of deceased individuals present at the crash sites or within the NYC Exposure Zone.

The VCF factors time of exposure, when the exposure happened, unrealized earning potential, other economic losses due to disabilities, and other factors in each case when calculating compensation amounts that can be in the millions of dollars.

Filing a claim with the VCF can be a complex process. The lawyers at Gregory Cannata & Associates have secured over $300 million in VCF compensation for their clients and will ensure you receive maximum compensation for your illness or cancer.

The partners of our firm, Gregory Cannata & Associates, were appointed by the court to serve as the lead counsel in World Trade Center litigation suing hundreds of defendants responsible for illnesses sustained in the aftermath of 9/11.

Our firm has proudly served first responders, clean-up workers, construction workers, residents, office workers and loved ones since 2003, before the Fund, and have helped more than 2,000 people receive hundreds of millions of dollars as compensation for their 9/11-related cancers and other illnesses.

We’ve fought in Washington to get the Fund renewed and change its policies so that hundreds of thousands more people are eligible for compensation, and were instrumental in a major  policy change convincing the Fund they were misinterpreting the Congressional Act.

This opened up the Fund to many more people that would have been excluded.

Many New Yorkers bravely came and volunteered their services on 9/11. Congress established this program in 2002 to provide compensation with a $50 million fund. It is designated for injured or sick volunteers due to their service in the WTC rescue, recovery, and clean-up efforts.

The NY Workers’ Compensation Board now administers this fund and is currently funded by New York State. Those collecting benefits under this fund are also required to enroll in the WTC Health Program and apply to the VCF.

While the administrator of the WTC Volunteer Fund, first responders to Ground Zero that were on the job may also be covered by workers' compensation. Because of the decades it could take before the 9/11-related illnesses resulting from 911 asbestos exposure arise, the New York State Workers' Compensation Board has extended the time first responders have for filing claims.

Amounts received from New York Workers' Compensation are calculated into the equation that determines VCF compensation.

Asbestos exposure from the WTC exposure zone puts all those present at risk of associated cancers and respiratory health issues that can arise over decades from the initial exposure. The diseases associated with asbestos exposure are serious and can have tragic consequences.

Those exposed to asbestos at Ground Zero or the Fresh Kills Landfill, the morgue, the barges, and the piers have help available when and if 9/11 related illnesses due to exposure might manifest themselves.

Those harmed by 911 asbestos exposure deserve the utmost care and respect for their services in such a time of need. Compassion and care are the top priorities at Gregory Cannata & Associates.

The partners of our firm, Gregory Cannata & Associates, were appointed by the court to serve as the lead counsel in World Trade Center litigation suing hundreds of defendants responsible for illnesses sustained in the aftermath of 9/11.

We also proudly have served first responders, clean-up workers, construction workers, residents, office workers and others since 2003 before the Fund, and have helped more than 2,000 people receive hundreds of millions of dollars as compensation for their 9/11-related cancers and other illnesses.

We also fought in Washington to get the Fund renewed and change its policies so that hundreds of thousands more people were eligible for compensation. We were instrumental in a major  policy change convincing the Fund they were misinterpreting the Congressional Act. This opened up the Fund to many more people that would have been excluded.

If you've been diagnosed with a 9/11-related illness or cancer due to asbestos exposure on or after the terrorist attacks on 9/11, we can help.

Call 1-888-982-8428 or complete the online evaluation form today to discuss your asbestos exposure claim with an experienced VCF lawyer at Gregory Cannata & Associates. 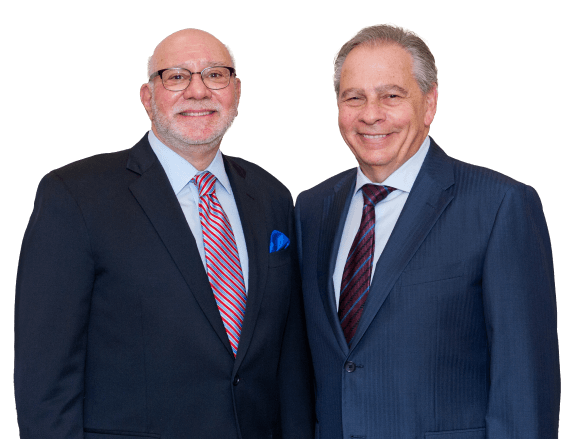